Life Expectancy of a Person With Autism/Asperger Syndrome is 39.5 to 54 Years! How Did I Miss This! 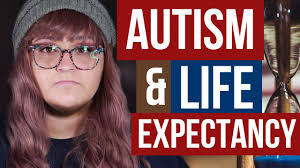 For years my  everyday has been filled with planning my son’s future; therapy, school, doctor visits, interventions, housing socialization, savings, special needs trusts, the list goes on. Always, always my focus has been building a good future for my son, and never once did I realize I could be fighting in vain, until I read this.

My family has suffered a lot of losses over the past 6 years, including the death of my mom and sister. The loss created a pressing collective desire for the living adult women in my family to regularly connect, and check in with one another, encourage each other, and share stories at risk of being lost with our generation and often simply to listen to the person who needed our ears the most. So, every week I hop on Zoom and sign on not knowing what the topic might be, but filled with anticipation for seeing the faces, that reflect my face, and hearing the voices of the women I love. During a recent call my cousin talked about her new role as a caregiver, brought on by her husband’s recent diagnosis of dementia. We quickly connected around the truth that caregivers, no matter the patient, live a shared experience of constantly seeking to bring balance into a world we no longer control. As we spoke, she mentioned that dementia is an illness of the brain, that impacts the health of the entire body and it would reduce her husband’s life span, which was extra disturbing because he has gotten this diagnosis younger than most. When she said that, although I physically remained on the call, I had emotionally checked out. I felt such fear in that moment, fear that autism would lead to an early death for my son! All I have done for years is plan for my son’s future. Everything is always about the future and ways to make it better; regular therapy, school, interventions, socialization, housing, savings, special needs trusts. But, right at this moment I could not wait for the call to end so I could get assurance that this was not the case, and my son would have the same life expectancy of any other 23-year-old.  Always, always my focus has been on building a good future for my son. and never once did I realize I could be fighting in vain, until I read this.

“One of the most important investigations of recent years revealed that average life expectancy of a person with  is 39.5 years, rising to only 58 years for those with , or Asperger syndrome.”

In this moment I felt like I had been thrown back to the day when I opened my computer to look up the word autism and read: “A permanent developmental disability requiring life long care, with no know cause or cure”. That felt like a death sentence, a concept that I could not comprehend, just like reading the paragraph above.

The difference today is, that I know to read on, I know a lot of information get’s printed that only tells part of the story, I know that we have already defined the odds, I know there is hope. And, I know this because I did my research, I read everything and I did everything the experts said to do to help my son, and it has worked. When Nick was diagnosed, I sat in waiting rooms while he did therapies and mothers and fathers shared everything they know. Today there are fewer waiting rooms, and fewer places for our families to share information freely. And, that is why I am sharing this article with you, and I beg you to read it, no matter how hard it is to read. And after you read it, share it with your doctors and your friends, so they share it with others. This is how we help our kids, and how we and we can change the poor health outcomes and high death rates in autism, by sharing information.

I know for sure that if we are diligent, we can keep our kids healthier and we can demand that other caregivers not phone in care, but provide the care they deserve to live their healthiest and longest life.

“We must first recognize ASD as a whole body disorder”

Autism, or Autism Spectrum Disorder ASD, is traditionally seen as the result of behavioral and neuropsychiatric dysfunction. However there is a strong evidence that various physical, or biomedical, problems can directly cause many autism-related symptoms and behaviors.

There is also growing evidence that physical health-related problems can, through their influence on brain development and functioning, cause the core autism symptoms that form the very diagnosis of the disorder.

It is an undeniable and sad fact that individuals with autism suffer much poorer health and shorter lifespan than their peers without autism. One of the most important investigations of recent years revealed that average life expectancy of a person with severe autism is 39.5 years, rising to only 58 years for those with high-functioning autism, or Asperger syndrome.

It is therefore very welcoming to see a peer-reviewed research paper that highlights a number of physical problems associated with autism, and discusses how to overcome the roadblocks and challenges in providing appropriate health care for those affected by autism.

“There is a wealth of scientific data demonstrating the over-representation of various mental and physical health conditions alongside ASD. There is, however, still insufficient recognition amongst healthcare professionals that such symptoms could be related to comorbid physical health conditions rather than being commonly dismissed as “part of autism” or “autistic behaviors”.

In this paper, we provide a literature review of the key physical comorbidities identified in people with ASD covering the areas of neuroinflammation and immune dysregulation, GI dysfunction, metabolic abnormalities, as well as seizure disorders such as epilepsy.

We also discuss how healthcare professionals…have a duty to be informed about the challenges and considerations in identifying physical comorbidities in this population.”

In the paper ‘Bridging the Gap Between Physical Health and Autism Spectrum Disorder’, recently published in the journal Neuropsychiatric Disease and Treatment, the authors explain how autism does not typically appear as a stand-alone condition.

Various health conditions that are common in autism can not only have a detrimental effect on daily functioning, social communication and behavior, but they can also increase the risk of developing serious medical conditions and lead to early mortality.

The paper highlights some of the conditions affecting the immune and gastrointestinal systems, metabolism, and brain function in autism. It discusses how professionals, working with those with autism and their parents and care givers, should recognize the impact of such conditions on individuals’ lives and long-term wellbeing.

The authors lay out the argument that the main barrier to better awareness and recognition of health issues in autism is the paradigm within which many healthcare professionals operate that erroneously sees autism and all associated symptoms and manifestations as being solely the result of behavioral and neuropsychiatric dysfunction.

Most medical conditions are significantly more prevalent in individuals with autism than in typical population. They span a whole range of different disorders affecting various systems of the body including neurological – involving both central and autonomic nervous systems – immune, gastrointestinal, and metabolic disorders.

Poor health outcomes and early mortality in autism are often explained away solely by the fact that individuals with autism are less able to communicate their symptoms to healthcare professionals, are more likely to skip regular health checks, and may avoid visiting their GP altogether.

While such factors certainly could contribute to negative health outcomes in some cases, their role is dwarfed by the evidence of physical health problems being not only persistent during the whole lifespan, but also being intrinsically linked to the very emergence of autism.

Results from multiple large scale studies have shown that early-life health conditions differentiate babies and toddlers who are at high risk of developing autism. Infant dysregulation and signs of physical distress such as feeding and sleeping difficulties, and abnormal crying, can be used as red flags for early autism screening.

Children who are exposed to pregnancy or birth complications, such as preeclampsia, premature separation of the placenta, meconium-stained amniotic fluid, or shortage of oxygen during birth, are much more likely to be diagnosed with autism later on.

More importantly still, medical problems also override genetic factors for autism.  In pairs of identical twins where only one twin has autism researchers found significantly higher rates of autism in those siblings who had a history of early medical problems, such as fetal distress and hypoxia during delivery, minor infections (for example throat or ear infections), allergies and seizures. At the same time their genetically identical siblings who did not experience such adverse physical events often did not develop autism.

What can be done to improve poor health and high death rates in autism?

Recognizing the physical problems in individuals with autism can be challenging. The paper explains the main reasons why and how to overcome them.

One of the barriers to effective identification of physical issues in autism is that their expression can be atypical. Individuals with autism often respond to pain and discomfort with what the others see as ‘odd’ or challenging behaviors—for example aggression or self-injurious behavior in individuals with autism can be the primary symptom of a hidden physical condition.

However, the largest roadblock to better recognition and treatment of health problems in autism, as identified by the authors of this paper, is the framework within which most healthcare professionals operate, and how they view their patients with autism.

In many cases a healthcare professional will erroneously believe that autism is solely a behavioral dysfunction. He or she will not be familiar or not even aware of the mountain of scientific data on the intrinsic connection between autism and physical health.

“Symptoms such as grimacing, appetite disturbances, insomnia and strange postures are not core features of ASD. A considerable volume of scientific evidence points to the possibility of an underlying physical cause to such behaviors. To avert diagnostic overshadowing, screening for physical conditions should be initiated when such behaviors are observed.”

As a result of the wrong paradigm in which they see their patients with autism, the healthcare professional will not be attuned to the high risk their patient faces and the physical strain they could be under.

Healthcare professionals will also not be attuned and able to recognize symptoms of medical problems when those manifest simply as ‘odd’ or challenging behaviors. They will instead dismiss those as ‘autism behaviors. This can happen even when the symptoms could be indicative of serious and potentially deadly medical issues.

Finally, the authors recommend that in order to reduce morbidity and preventable death in autism it is of utmost importance to provide regular physical health checks and to maintain high level of clinical suspicion towards physical health problems in autism.

Posted by Donna Ross-Jones at 6:40 PM