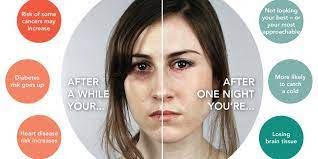 Two things that don't go together in our house, sleep and Nick! Never have, maybe one day they will!

A study published in  September's Sleep Medicine has developed and validated a new cut-off value for the Children’s Sleep Habits Questionnaire for autism (CSHQ-autism), a common tool used to screen for sleep difficulties in autistic children and adolescents up to 17 years of age.
Poor sleep is a side effect of  Autism you rarely hear about. Yet over time it drains a family as much as any aspect of autism and offers up a host of serious negative health consequences from heart attacks, to stroke to diabetes.
Nick is 23 and he has NEVER been able to sleep through the night without assistance (Drugs both OTC/Prescriptions). Every night I put Nick to bed, then I put me to bed. I roll up in the sheets, settle in hoping that tonight will be the night I sleep all the way through! Around 2 AM, I hear Nick jumping, scripting language from videos, and vocalizing things that are not words, just sounds and yelling "Mom". So, no tonight is not the night.
This is my life, and as a result, I have been sleep deprived for his entire life. From birth he suffered gastrointestinal problems, and his tummy pain left we up all night trying to sooth him. As he approached18 months - before his diagnosis - he still was not sleeping. Instead of sleeping he would crawl out of his crib in the middle of the night, locate video's and play them. And it's been the same ever since. Nick is medicated every night so he can sleep. Despite medication, that should help him sleep for at least 8 hours - Nick is always one tiny sound or thought away from being wide awake. Nick goes to sleep thinking about video's and how he can get to them. I go to sleep making sure I've shut everything down, disconnected, and put everything away, including computers, TV's, tablets, Alexa, CD Players, Games that make noises and all things that can be used to play video's or repeat noises. When this began I never imaged it would continue for a lifetime, but it has. One more reason why it is so important for us to gain more understanding.
Posted by Donna Ross-Jones at 5:14 PM