School-voucher programs — systems in which public funds are diverted to help kids attend private schools — are contentious for a number of reasons. 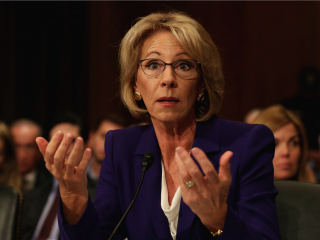 Secretary of Education Betsy DeVos has been a vocal advocate for voucher programs, but critics say they can drain funds from public schools, increase rates of segregation, and, according to some research, offer few actual benefits to the students who use them.
For parents, vouchers create a more immediate dilemma: In many states, special-needs kids who use vouchers must surrender the federal protections afforded to them by the Individuals With Disabilities Education Act (IDEA).
These benefits include certain legal protections if a child acts out in school, a guarantee to receive an education on par with a public-school student, and protections regarding the teacher's qualifications.
It's a paradox that often eliminates the desire to use the voucher, and one that sees many students returning to public school within a few years, according to the New York Times.
"The private schools are not breaking the law," special-education lawyer Julie Weatherly told the Times. In several states, including Colorado, Arizona, Mississippi, and Oklahoma, private schools are free to make it a condition of attending the school that parents and kids must waive their federal rights.
In other states, schools are free to decide for themselves, as the law makes no mention one way or another.
Secretary DeVos has held up school vouchers as an example of "school choice," or the ability for parents to pluck their kids from a public school and drop them in a private or home school. On several occasions, she has compared the value of picking schools in a free market to the luxury of choosing Uber or Lyft over a taxi.
The laws regarding special-needs vouchers may signal a roadblock in making education more like a private good.
In Wisconsin, for example, these vouchers cost public school districts $2.4 million in state aid. The money helped fund 202 students with disabilities to attend private schools. Critics of the Wisconsin voucher program, such as the family coalition Stop Special Needs Vouchers, arguethe laws leave private schools free to ignore IDEA's protections, which makes voucher programs less effective yet still costly to taxpayers and possibly detrimental to public schools.
Proponents of vouchers make similar arguments as DeVos and President Trump. In the most conventional view, vouchers give parents the freedom to place their children where they'll learn best. Advocates say the long-term effect is a system in which kids are sorted more effectively, with fewer wasted costs.
Mark Dynarski, an education researcher and voucher expert, says vouchers are still a fairly minor force in American education. On a yearly basis, waves of kids move in and out of a given public school due to changes of address — and they do so at rates far exceeding those of vouchers.
"Given the kinds of waves happening inside schools," Dynarski recently told Business Insider, "it's hard to see how vouchers actually cause the school to stop what they're doing and say, 'We need a plan to respond.'" 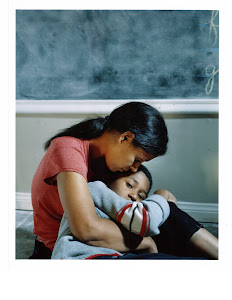 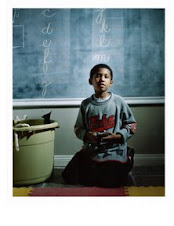